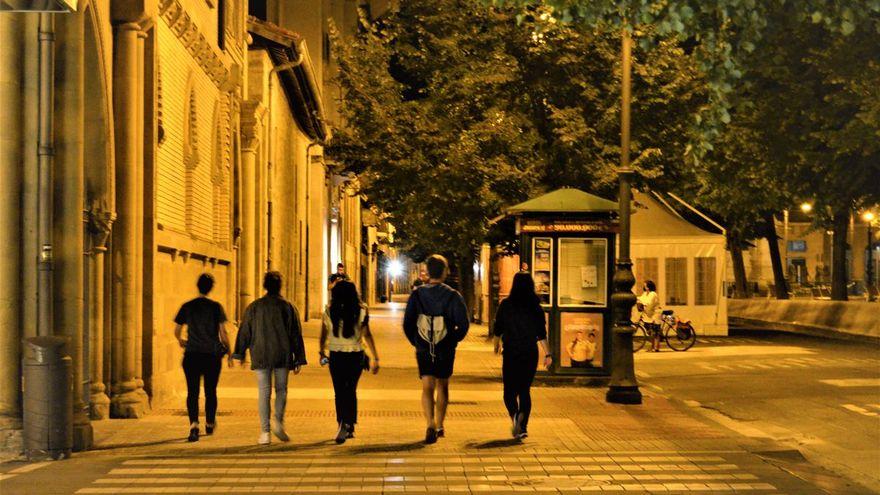 Lies we tell the young

That the young generations are -for the most part- frustrated and disappointed with the adult world they have found is nothing new to anyone. There is more to see the statistics of youth unemployment, depression and suicide.

It is hard to recognize that we are to blame, those of us who belong to previous generations and we are the ones who have educated them in values ​​and beliefs that -now we realize- were false. Well-intentioned, but false, just like the myth of the Three Wise Men. Only, unlike this one, which is discovered at some point in childhood and, despite the lie in which we have lived up to that moment, leaves us with a trace of illusion, happiness, magic and innocence, the other Ideas that have been instilled in us throughout childhood and adolescence, when they are revealed to be false, create a feeling of manipulation and deception.

I explain. Most parents don't lie to their children on purpose, but most of us protect our children from the reality of the world they will encounter when they enter society as adults. We try to ensure that they are honest, with integrity, that they do not cheat in exams, that they study with diligence, that they keep their promises... We tell them that if they work and prepare well, if they learn languages, if they do degrees and masters, they will do well well in life, they will find a job that will make them happy and they will collaborate in the progress of the world. And while we tell them, we believe it and think that they will do better than us because they are better educated, they are more cosmopolitan, they know how to operate devices that we find difficult to understand. We are excited to think that it will be so.

Then, when they, with their careers and their languages, but without a well-off family and with many contacts that allow them to be well placed, face their own future, they realize that many times - too many times - the best jobs go to the most mediocre, to those who never express their own opinion, to those who do not behave with incorruptible integrity. The other young people, who are the vast majority, have to put up with poorly paid jobs, with shameful contracts, with two or three jobs to be able to afford the "luxury" of paying rent that allows them to live alone or as a couple, without having to extend the stage of shared flats to 40 years.

We have lied to them. Us, and the films - especially the American ones - and the self-improvement books, which sell like hotcakes, and the series for teenagers. Based on cinema, they have come to believe that if you really want something, you will get it against all odds, that the individual can confront a corrupt system and defeat it. Rotten lies that have done as much damage as the incessant search for Prince Charming, which does not come because he simply does not exist.

RT CAStenman: How to Restart Windows Update if It Does Not Make Download Progress in Windows 10… https://t.co/cLlhhOgnCd

And the worst thing is that we knew it. Perhaps not in all the details, but we knew that the world is not the bright and fair place that we were leading you to believe. But we didn't want to open their eyes so soon. We wanted them to continue to believe in great ideals, just as we liked them to believe in magic and put their shoes on the balcony. In defense of the older generations, it can be said that most of us thought that, if we educated them in honesty, in faith in justice, and respect, and equity, we were doing our bit so that the world was becoming, generation after generation, a better place.

I do not regret having raised my children in this way, but when I see so many frustrated young people, convinced that there is no future for them, that they are nothing more than meat for consumption, that they are only taken into account to sell them products and services that very often cannot be paid for because they do not earn enough, I am very sorry, and I think we have been wrong about many things. But what mother, father, educator, is going to teach children to submit to abusive conditions, to allow themselves to be corrupted, to dance the water to a boss who is not up to his position, but who is the boss?

No. We teach them that they can achieve what they set out to do, that everything is a matter of effort, of showing how good they are. And that's terrible because, when, no matter how hard they try, they don't succeed, the conclusion they draw is that it's their fault, that they haven't worked hard enough, or they didn't want it with all their soul, or they aren't good enough. good ones. At the same time, they look around and realize that there are many people who are earning a good salary without even having finished a bachelor's degree -see in detail some individuals from the political class or in the television environment-, or people of the same age who, without knowing how to do anything in particular, are established as “influencers” and can make a living from it.

The young men and women see that we have not prepared them for the world as it is and the reactions are varied: cynicism, depression, anger, drug use, violence... Many, and this is one of the most positive reactions, retire to worlds from fantasy through novels, games, and movies, where things can still be solved with magic, or by wielding a double-edged sword or axe. I have always thought that the interest of the young generations in medievalizing and fantasy comes from the impotence they feel in their daily lives. They want to identify with characters who take their destiny in hand and make their way through a hostile world with a sword or magic wand because they want to feel that they have some control over their lives, just what they lack in their day-to-day lives.

The sad thing is that they have forgotten that the only civilized way to have control in our society is to exercise their right to vote, elect parties that have the same dreams as them, that want to create a society like the one they imagine, that make laws so that crashes are not possible. But, unfortunately, one of the most frequent reactions is not going to vote. They also believe, perhaps with some reason, that we have lied to them by saying that democracy is good for something.

<
Guide to eliminate dark circles under the eyes and end a tired face
>
Telva Are you a fan of multipurpose cosmetics? This product is for you